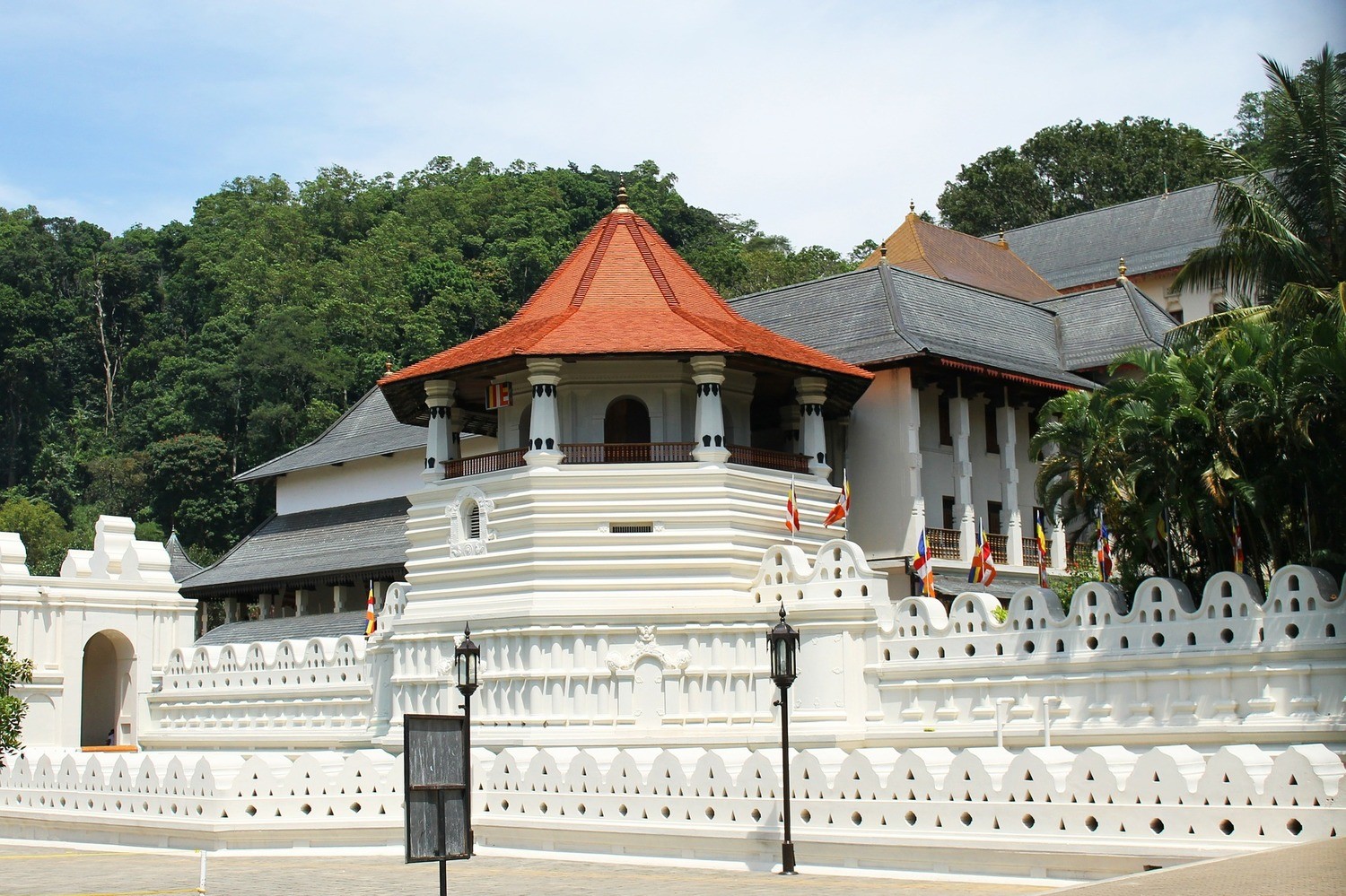 Arrive in Sri Lanka. Meet and assist on arrival at Airport by our Representative. Transfer to your hotel in either Negombo / Katunakaye.

After breakfast, proceed to Dambulla, lunch at a restaurant. Visit *Dambulla Cave Temple first came to use as a refuge for King Valagambahu in 1st century BC. Concealed by the local monks upon returning from exile to his throne at Anuradhapura he had the magnificent cave temple built for them. The cave temple consists of a complex of Buddhist image houses. Its rock ceiling is one large sweep of colourful frescoes, some of which dates back to over 2,000 years, which depicts Buddhist mythology and the tales of the Buddha's previous births.

Breakfast at hotel. Proceed to the beautiful white sandy beaches of the East Coast. Free & Easy on the Beach.

Breakfast at hotel. Proceed to Kandy. Visit a *Spice Garden in Matale to see the different spices, which Sri Lanka is famous for. You will be introduced to different spices and shown how some of these spices are grown and processed. Sightseeing in *Kandy, including Upper Lake Drive, Market Crafts Centre, Gem Museum. Kandy the hill capital, venue of the annual Perahera The last stronghold of the Sinhala Kings was finally ceded to the British in 1815. Visit *Temple of the Sacred Tooth Relic – ever since 4th Century A.D, when the Buddha's Tooth was brought to Sri Lanka hidden from sacrilegious hands in an Orissan princess' hair, the Relic has grown in repute and holiness in Sri Lanka and throughout the Buddhist world. By night experience a colourful show where you will be taken to mind blowing Sri Lankan culture extravaganza. Get ready for Heavy drumbeat and acrobatic act.

Breakfast at hotel. Lunch at a restaurant. Stop at a *Tea experience, which involves a visit a plantation to observe firsthand the process, starting from the plucking field where it all begins with the picking of “two leaves and a bud” to the factory where the processing begins. Originally introduced to the island around 1850 by the British, Ceylon Tea is world famous for its high quality and has remained a major contributor to the island’s economy for generations. Currently, Sri Lanka is one of largest exporter of tea worldwide. Sightseeing in *Nuwara Eliya the ‘Little England’ of Sri Lanka, is set against beautiful backdrops of Mountains, Valleys, Waterfalls and Tea Plantations. The temperature does drop at night. All around Nuwara Eliya you will see evidence of the British influence, houses like country cottages or Queen Ann style mansions. The Victoria Park, in the middle of the town, is a lovely place for a stroll or a picnic and is also good for Birding as you get some rare birds in this Park. Visit *Lake Gregory is one of the significant tourist attractions in Nuwara Eliya. You can buy a ticket and visit the Lake Park and enjoy your evening by the lake.

Breakfast at hotel. Proceed to Colombo, lunch at a restaurant. City tour of *Colombo a drive through the city taking you to the busy commercial areas as well as the tree lined residential, Cinnamon Gardens, Visit Fort, the former British administrative center and military garrison, Sea Street – the Goldsmiths quarters in the heart of Pettah, the Bazaar area, where is also a Hindu Temple with elaborate stone carvings, and the Dutch Church of Wolfendhal dating back to 1749. Also visit the BMICH, see the replica of Avukana Buddha & the Independence Square. Start *Shopping in Colombo, visit ODEL, House of Fashion, Arcade Independence square, Race Course, and Beverly Street, visit bargain market in Colombo Pettah. Later transfer to the Airport for the departure flight back.